The most famous Japanese alcohol throughout the world is undoubtedly sake (お酒), or Nihonshu (日本酒), literally “Japanese liquor”. This relatively light fermented rice wine in alcohol is very popular with a sushi dish or a oden. There is, however, another beverage of which the inhabitants of Kyushu Island are fond: the shōchū.

Unlike the Nihonshu, Shōchū is a distilled alcohol. It generally titled 25% and can be achieved using a wide variety of ingredients such as rice, sweet potato, barley, sesame, or even vegetables or chestnuts (!). There are also many ways to drink it. On my first trips to Japan, I accidentally bought Shōchū, bad shōchū. So my opinion was: The Nihonshu is good-the shōchū is bad.

It was without counting on Noriyuki Yamashita, a friend met on my first visit to Kumamoto who keeps repeating to who wants to hear that the shōchū is delicious and that if we do not like is that we have not tasted enough.

I will come back to his bar later, but for now, let’s look at the manufacturing process of the shōchū he taught me during the visit of two distilleries of Hitoyoshi, 1h30 drive from Kumamoto.

It all starts with the production of Kōji (麹). It is the equivalent of the starter used when brewing a beer: a certain amount of rice is streaked with several mushrooms that will allow the fermentation to start more efficiently afterwards. Most of the distillery of Shōchū produce their own kōji which contributes to the identity of each factory. This step is very important and very controlled in distilleries. Since it is a matter of starting a fermentation, it is out of the question that anything other than the desired mushrooms come into contact with the rice malt. The fermentation time of the Kōji is five days.

As for beer, Nihonshu or whisky, you must then make a mash The starch of the sweet potato cannot be digested by the yeast as it is, so it is a matter of cooking the ingredients to transform their sugars into sugar fermentiscible by the Kōji.

Once these two steps are carried out, we proceed to seeding. The Kōji and mash are mixed to initiate fermentation. The seeded wort will then remain for a dozen days in dedicated vats until the yeast has digested most of the sugars contained in the wort. It may be noted that this part of the process is similar to all distilled alcohols but also to beer. The big difference between beer and shōchū is that for beer, the production of alcohol stops at the end of fermentation while for the strong alcohols, the mash is distilled to concentrate the content alcoholic. 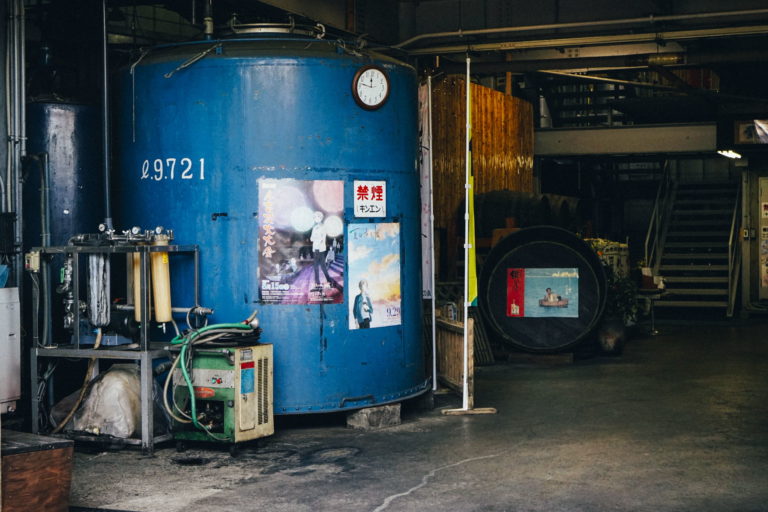 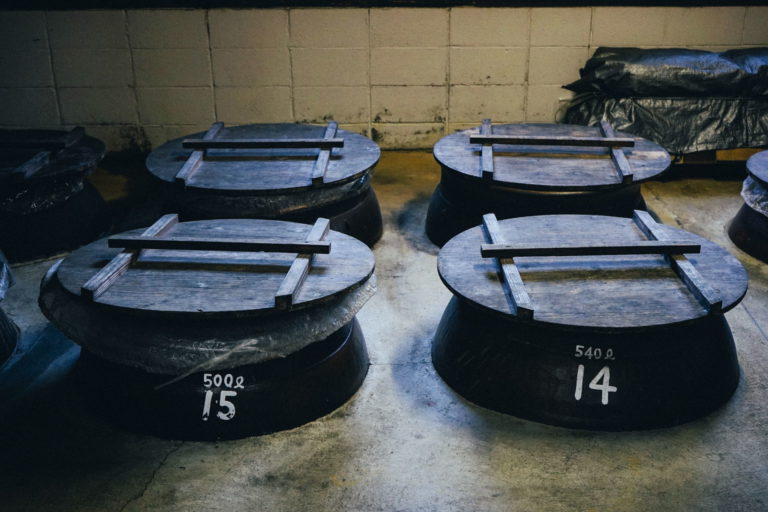 The next step is, of course, distillation. The must is carried at high temperature in the bottom of the still and the vapors escaping it precipitates along the large tube at its top. The alcohol evaporates at a lower temperature than the water, this allows separating these two elements to obtain a more concentrated liquid.

During the visit of the two distilleries, I was told that there are several types of distillation for the shōchū. The wrong shōchū is usually distilled several times to extract the maximum amount of alcohol using the minimum raw material. The shōchū of good quality suffers only one distillation which allows to preserve a maximum of aromas. There are two variants in addition to this: normal atmospheric pressure distillation for traditional shōchū, more robust and probably more complex to drink for a Westerner, and low pressure distillation, which gives a softer, sweeter and More aromatic.

The last step is aging. The techniques vary enormously according to the distilleries and from one kind of shōchū to the other. The most basic is ageing in stainless steel vats, but there is also ageing in amphora or in oak barrels. In the Fukano artisanal distillery, some shōchū are left for up to ten years in Amphora and others for less time in oak casks, for example. Mixtures can also be made according to the aromas you wish to obtain. 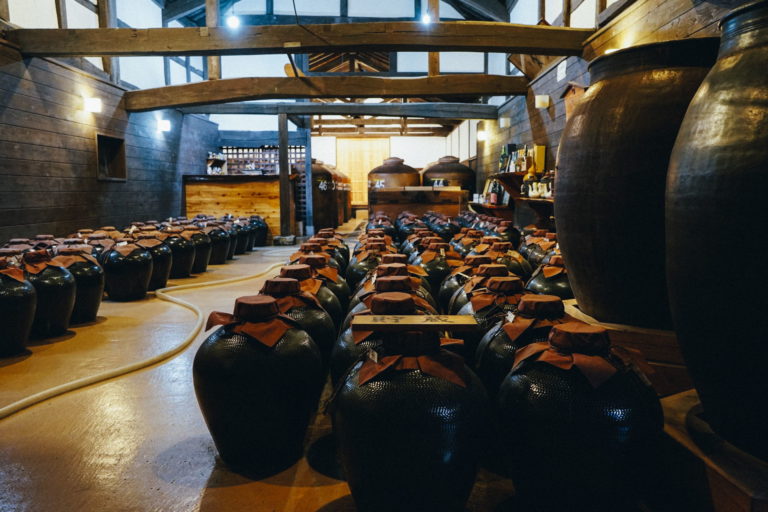 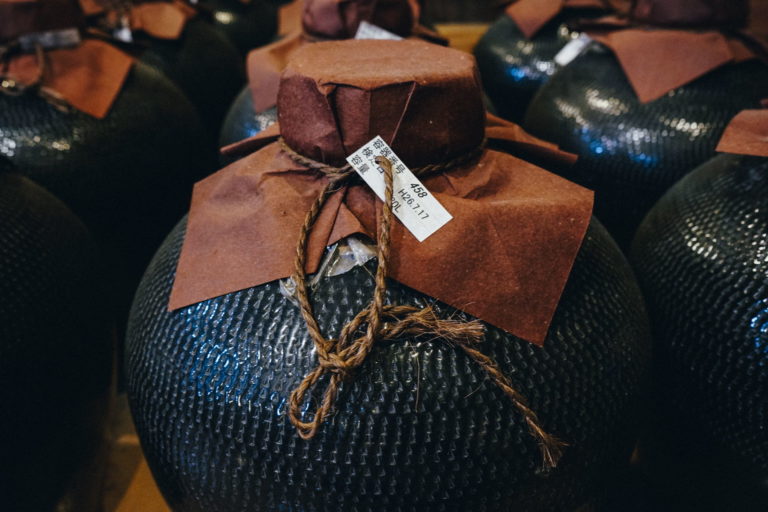 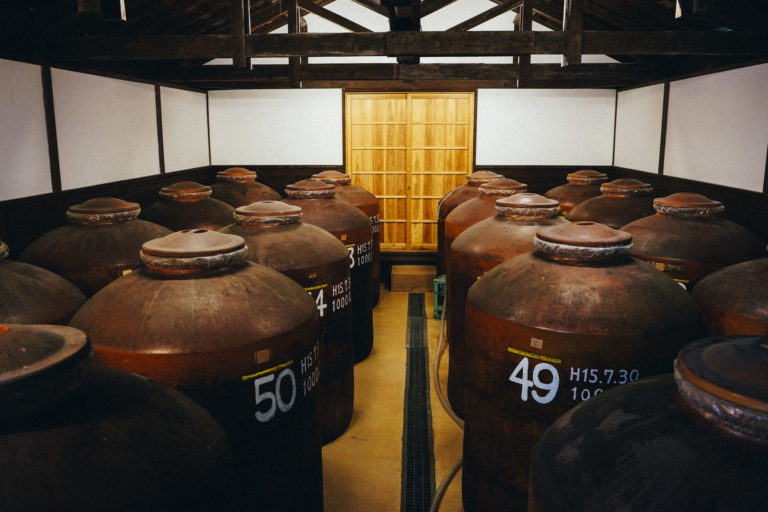 At the distillery of Sengetsu, the only distilled cereal is rice. It is therefore the perfect place to test different forms of distillation, ageing and find the subtleties that the same ingredient can produce thanks to the different production processes. I have few pictures of the place because if the distillery is visited, the interior is kept secret. However believe me, it is immense and production, if it does not equal that of a large whiskey distillery, is very important. 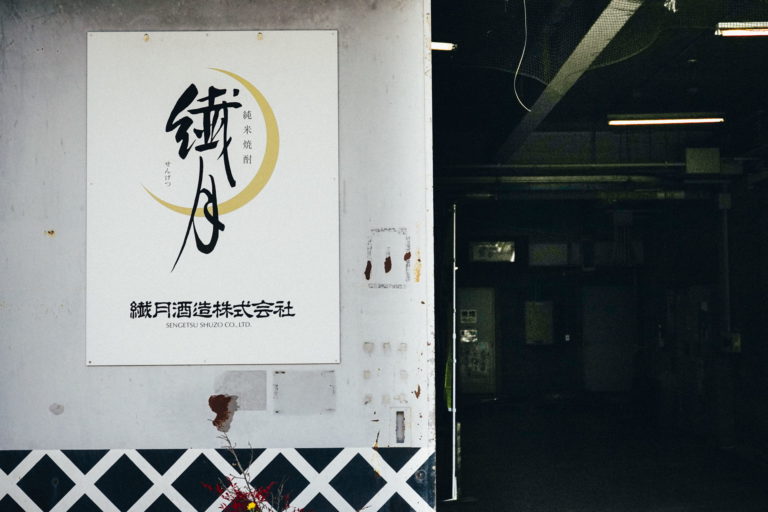 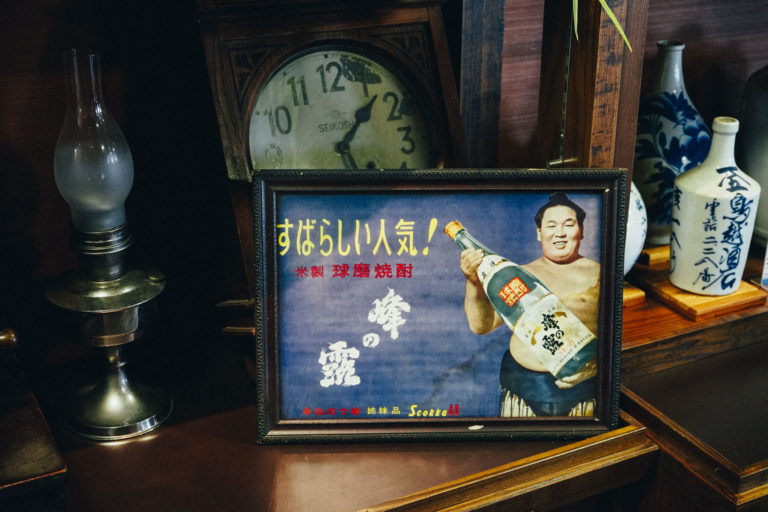 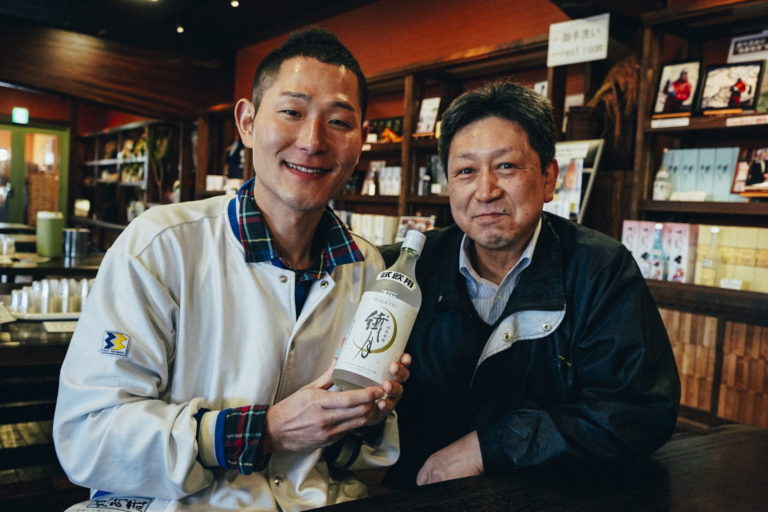 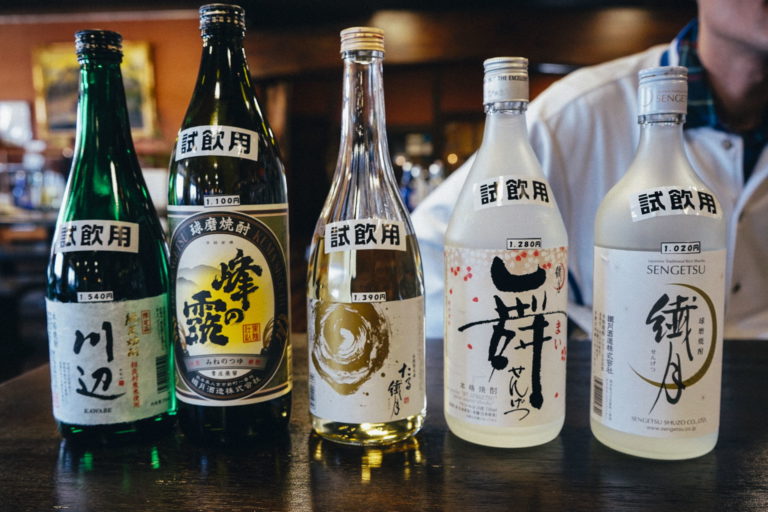 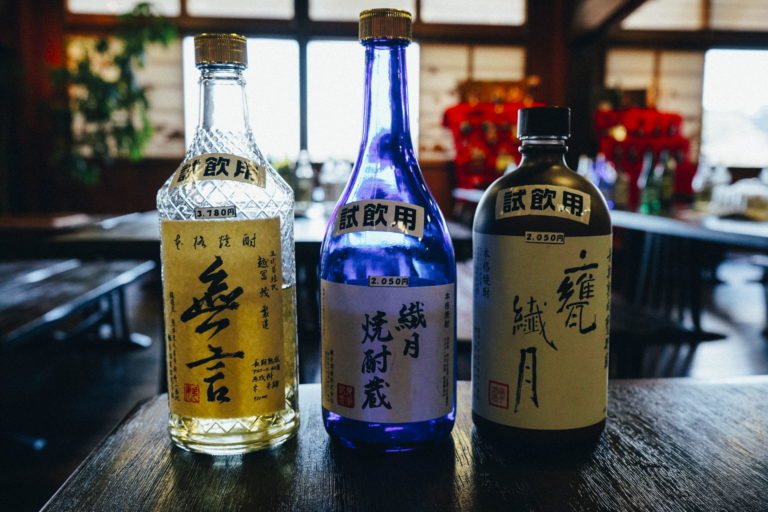 At Fukanoshuzo, production is much more artisanal. The volumes are smaller and the experimentation is more numerous. You can find shōchū made from chestnut or some twenty different vegetables. They also have a variety that they allow to age ten years in amphorae, which is rare given the place occupied in storage. They go so far as to stick the labels by hand.

They let me photograph almost all of their facilities and I would like to thank them for this gesture. 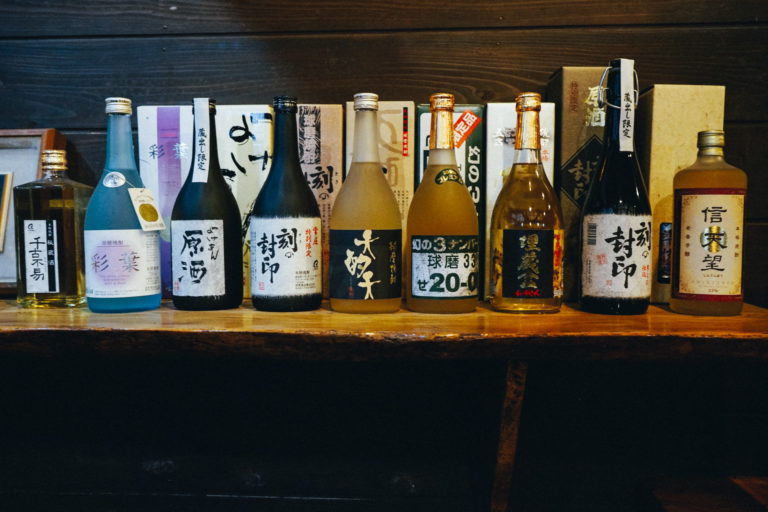 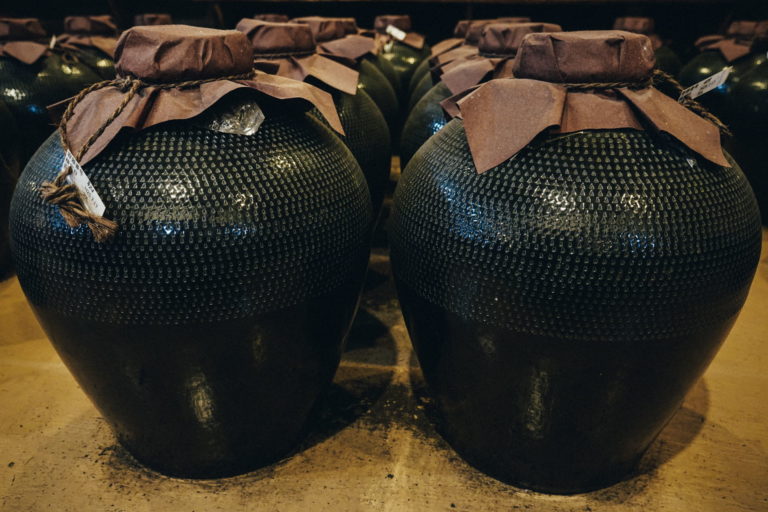 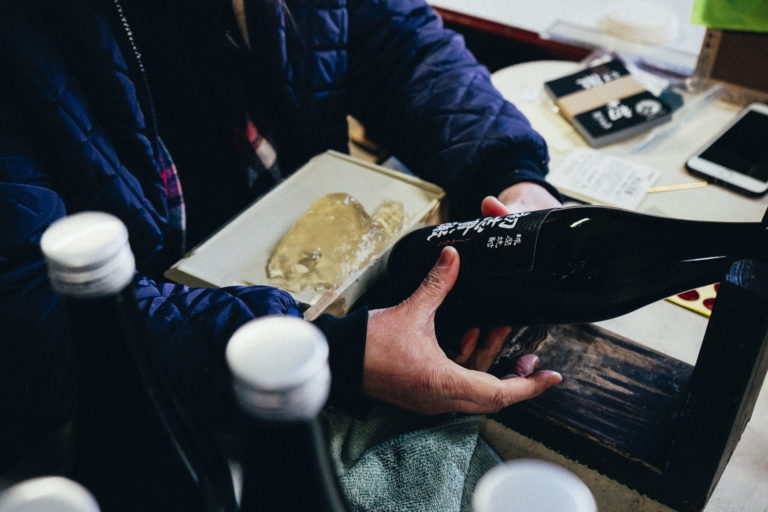 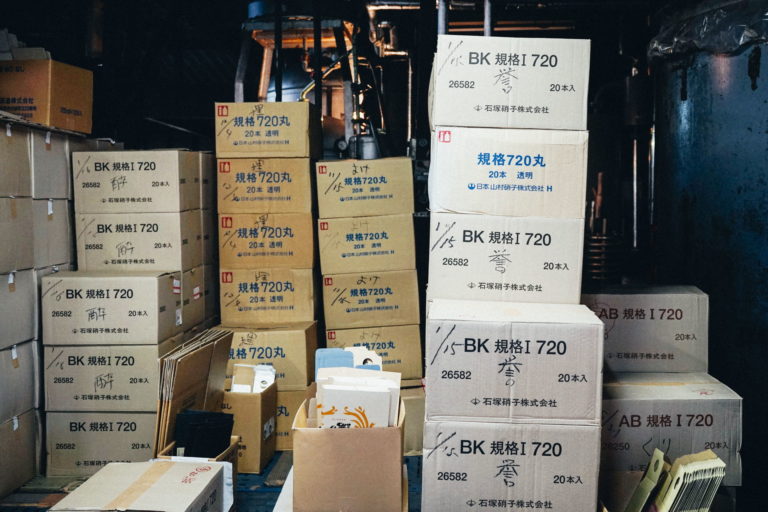 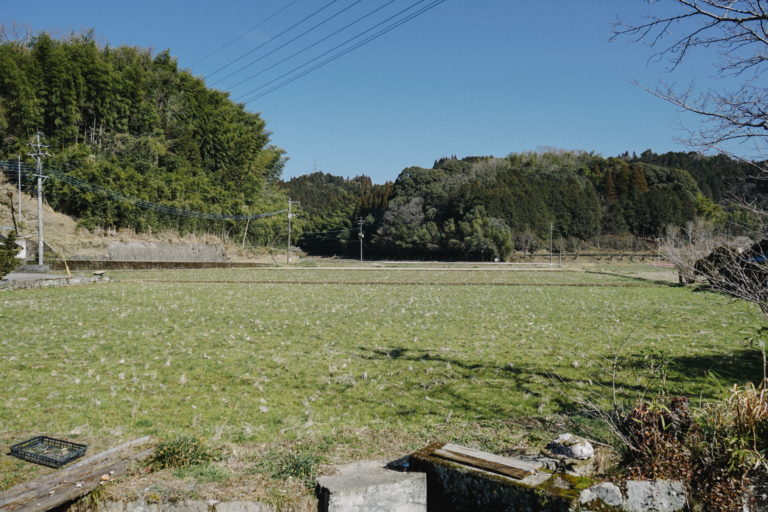 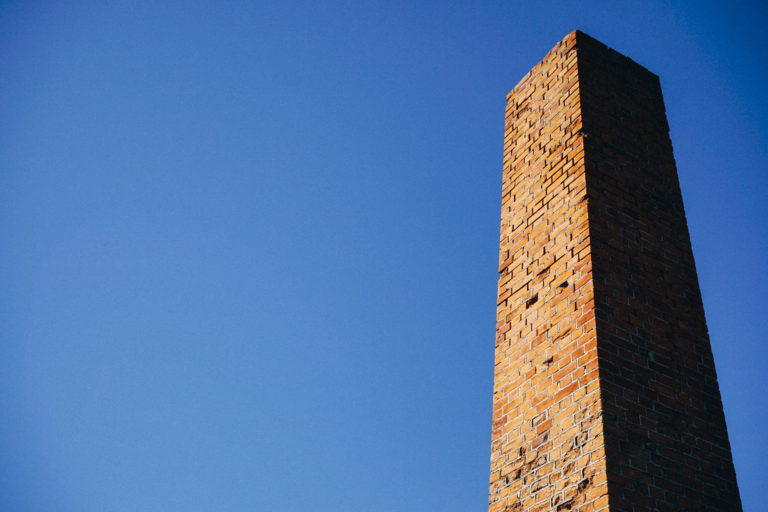 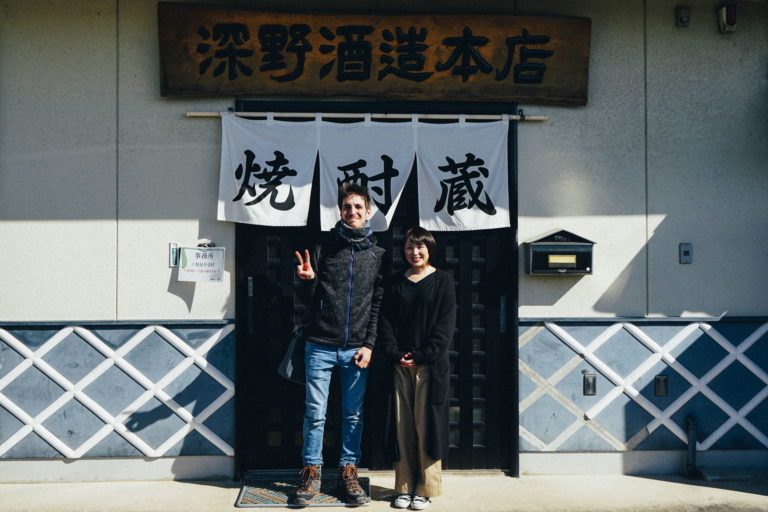 I hope this article was not too long and you now know a little more about the shōchū. Be aware that the people of Kyushu bring to the Shōchū a love similar to that of the French for the wine and that if you visit the area one day, you will absolutely have to taste it!

I know that we can find shōchū in France, but the ones I tasted were not necessarily terrible… I will return to the tasting notes in a next article dedicated this time to the bar of Noriyuki!